Text “BETA 2” in turquoise over a dark background on top of the white on purple NVDA logo.

One of the first big public steps in the lead up to a new NVDA version is the Beta release. This version contains most of the code destined for the final release. The main point of the beta release is to get more people using updated features before the final version. This helps us pick up on any issues before the official, stable build comes out. As well as helping test new code, it’s also a great chance to get a “sneak peek’ at what is coming up in NVDA! Although the beta is a pre-release version, it behaves the same as a regular version of NVDA. The launcher is the same when you run it. So, you can install the beta, create a portable version or continue running the temporary copy).

We often release several beta versions while bugs are fixed, translations updated and so on. As this post is published we are at NVDA 2020.2 Beta 2.

The Release Announcement For The Beta has all the key information and download links. Highlights of this release include support for a new braille display from Nattiq, better support for ESET antivirus GUI and Windows Terminal, performance improvements in 1Password, and with Windows OneCore synthesizer.

In recent versions, we haven’t had as many people using the beta builds as we would hope. This is reflected in the number of times we have had to release a “.1” build after a “stable” release. 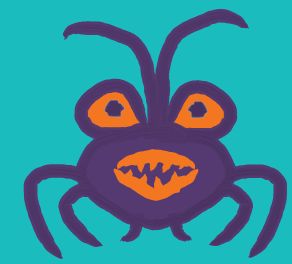 So, let’s have a Big Beta Bug Bash! Anyone who documents a new bug from the beta, gets a voucher for 10% off a training module from the shop. That includes for the soon to be released PowerPoint training module! The rules are simple:

One difference between Beta and RC builds is beeping for errors. When NVDA encounters an error, as well as being recorded in the log, the Beta version will play an error sound to alert you. The Release Candidate (and final stable version) do not beep. Often, when encountering an error, NVDA will try something else to achieve what it was trying to do. In this case, if the fall back plan works, an end-user may not notice any problem. That is why, when using a beta version, you may hear an error sound, even though nothing seems amiss. Whether participating in the Big Beta Bug Bash or not, please do let us know of any errors you encounter. We are especially keen to hear when things don’t work as expected. That will give us a chance to investigate before the final version comes out.

Once we are confident the beta is working well and ready for prime time, the next step is a “Release Candidate”. The Beta version will prompt to update to any further beta builds, and to the RC build when it comes out. The Beta and RC builds will also prompt to update to the final version when it is released.

Once again, please do go to the NVDA 2020.2 Beta 2 Release Announcement to download the beta, then do let us know how you find it.

One of the highlights coming up in 2020.2 is performance improvements in 1Password. 1Password is a popular password manager. For those who aren’t familiar with them, I thought it was worth covering a bit about password managers.

Almost every site or service we use requires a password. Now, more than ever, it is crucial to have strong, secure passwords. It is also important to avoid using the same password on many services. One of the best ways of doing that is with a password manager. A password manager is a program which keeps track of all the passwords for all your services. Many password managers can automatically fill in your login details when you go to a site they know. A lot of these apps are “cross-platform”, so they can sync your passwords between say your PC and your phone.

1Password is one such password manager. If you decide to try it out, you can find out more information at https://1password.com/

Because of the recent improvements, we recommend using 1Password with NVDA 2020.2 Beta 2. There are many other accessible password managers out there. This question comes up regularly in the NVDA Users Email Group. Previously, as well as 1password, other suggestions included Bitwarden, KeePass and Last Pass. If you are happy keeping your data in your browser without a third-party program, that is possible too. Both Chrome (and most Chromium-based browsers) and Firefox have built-in password managers. Which works best for you will depend on your personal preferences and what features you want. Do join in the conversation on Twitter and let us know what your favourite is!

I saw this posted on Facebook, and I know games are always popular. I don’t know anything more on this one but thought I’d share it so anyone interested can express interest:

“There’s a digital card game being worked on, we’re looking at having a fully open demo in roughly a week. There’s a Kickstarter For Cards Of Yore. If anyone is interested in checking it out, showing interest so investors know just how many people would want to play such a game if funded and produced. The game is accessible for certain with NVDA”.

Kickstarter is a platform where people put forward a project they would like to create. If others like the idea, they can pledge money. The money then goes towards bringing the project to life. When ready, creators send the backers whatever was promised for the amount pledged. So it’s not a store as such, but for successful projects, can be a way of being one of the first to get something new. Kickstarter is an all or nothing setup. The creator states up front how much they need for the project and what they will do with the funds. If people pledge enough to reach that goal, the project gets funded. Otherwise, it doesn’t cost anything.

NV Access is not affiliated with either Kickstarter, or Cards Of Yore (this particular project). I just saw it on Facebook and thought I’d share it.

Lastly for this week, a quick mention that the NVDA Satisfaction Survey 2020 is still open. As a key tool we use to gauge user sentiment, we’d love as many responses as possible. If you haven’t already, please do complete the survey. We addressed some early issues, so if you had any issues previously, please do try again. Also, please try NVDA 2020.2 Beta 2 and remember to join in the Big Beta Bug Bash.