Wow, March has been such a busy time, I just realised how long it has been since the last In-Process. I do apologise & hope you didn’t miss me too much!

This past week, the NV Access team have been busy at the CSUN Adaptive Technology conference in San Diego California. During the week we had some very productive meetings with others in the industry. I’m sure many great things will come from it over the coming year. 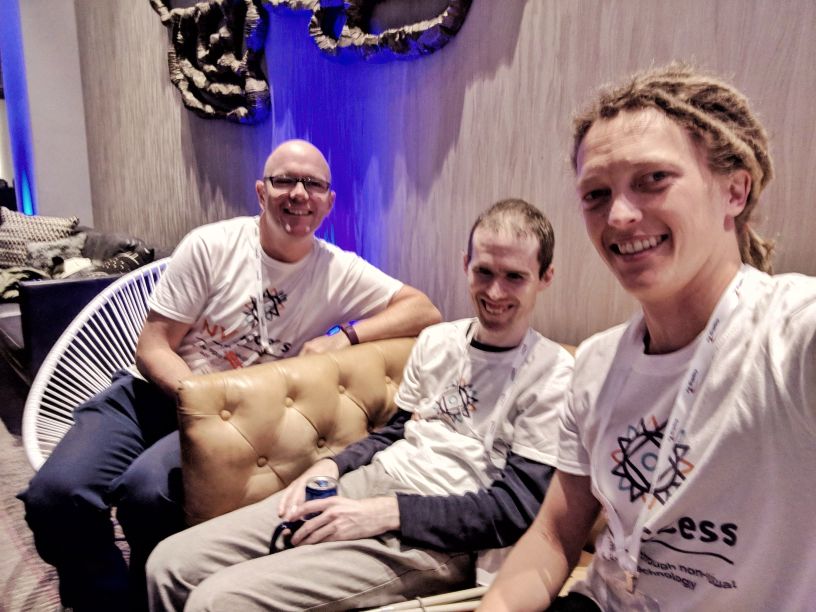 At the conference, NV Access delivered two very well received presentations. “Introducing the new NV Access and redesigned NVDA” covered recent developments. The new promotional video, the updated branding, and all the latest NVDA features were all covered. “Choosing and using NVDA” benefitted those new to screen readers and those supporting users. It covered tips such as downloading, setting up and customising voices, as well as how to work with magnification and where to find our VPAT. The slides from these presentations are available for those wishing to download them.

The team have been very busy, and not only is 2018.1 now out, but we have a follow-up point release: 2018.1.1. In Windows 10’s March update, Microsoft have made a change to the bitrate of the OneCore voices. The new bitrate made them sound very odd in NVDA. Unfortunately, Microsoft made this change at the very last minute, in the final insider build before the public version. We were not expecting it when we released NVDA 2018.1. As users will likely receive the Windows update before NVDA 2018.2 we felt a mid-cycle release was necessary. Read the NVDA 2018.1.1 release notes and download the update.

Finally this week I thought I’d share the full release notes from 2018.1 / 2018.1.1 but before I do, I thought you might like to prepare with this team selfie, looking combat-ready in the belly of a SH-3 Sea King helicopter. On our last day in San Diego we visited USS Midway aircraft carrier. This particular helicopter recovered the crews of five of the Apollo space missions. 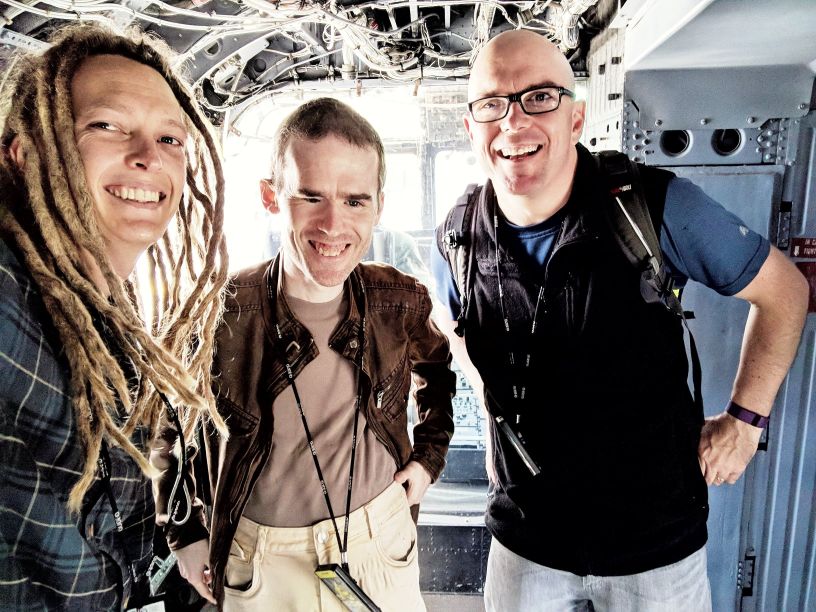 NV Access team (Reef, Mick, Quentin) in a helicopter on board USS Midway.

This is a special release of NVDA which addresses a bug in the Onecore Windows Speech synthesizer driver, which was causing it to speak with a higher pitch and speed in Windows 10 Redstone 4 (1803). (#8082)

Highlights of this release include support for charts in Microsoft word and PowerPoint, support for new braille displays including Eurobraille and the Optelec protocol converter, improved support for Hims and Optelec braille displays, performance improvements for Mozilla Firefox 58 and higher, and much more.

Phew, there’s quite a bit there! Happy Easter!